Now I was going to start this post by saying we don't actually have meatballs for breakfast, but that Alfie has become obsessed with eating and making meatballs.  But now I've realised pork mince, cherry tomatoes, breadcrumbs, an egg, and some lardons and I basically havr a fried breakfast in a meatball.  Served on some toast with baked beans actually sounds like a pretty good brekkie!

Anyway.  Alfie has become obsessed with meatballs.  He made them with me last week, then with Tash on the weekend and then started telling me he wanted to go to 'our shop' (Commonsense Organics) to buy mince and ingredients whilst I stayed in the car and then make meatballs for dinner.  So we did a deal so that he could.  But I'd wait at the front of the store instead of in the car.

I love his confidence and love of food at the moment.  He bowled into the store, got his basket and set to work leaving some other shoppers looking a bit bemused.

I had to educate him a little, like pointing out he didn't need whole white peppercorn, ground white peppercorn and whole black peppercorns when we have pepper in a grinder at home.  But he got the veg he wanted, the mince, a few extras I asked him for, and then bowled up to the front of the store and asked for a box to carry it in.  It kinda reminded me of Home Alone where Kevin goes shopping.  But at four years old I wouldn't quite expect Alfie to be using coupons yet.

He carried the box to the car, put the ingredients he wanted into the meatballs and rolled them all himself.  He had the chance to fry them but by that point his attention was slipping and so I cooked them.

I hope this interest continues cos its a great way for him to learn about food and flavour combinations.

And when I pick him up from school tonight I'm gonna propose we have meatballs for breakfast! 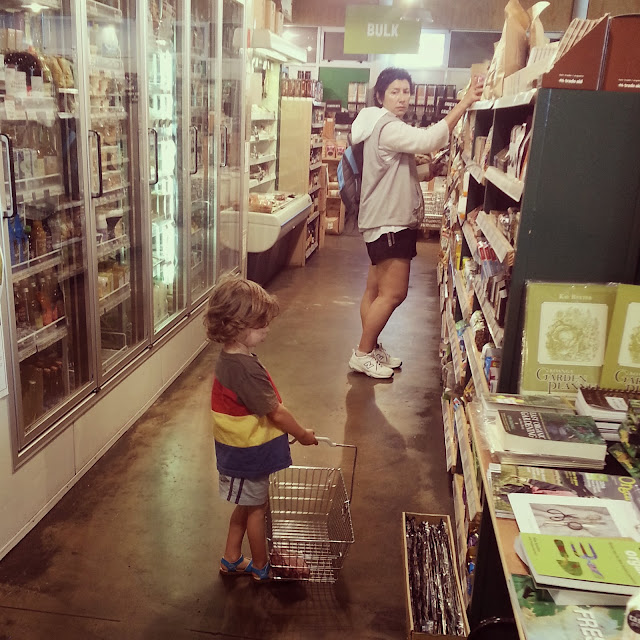 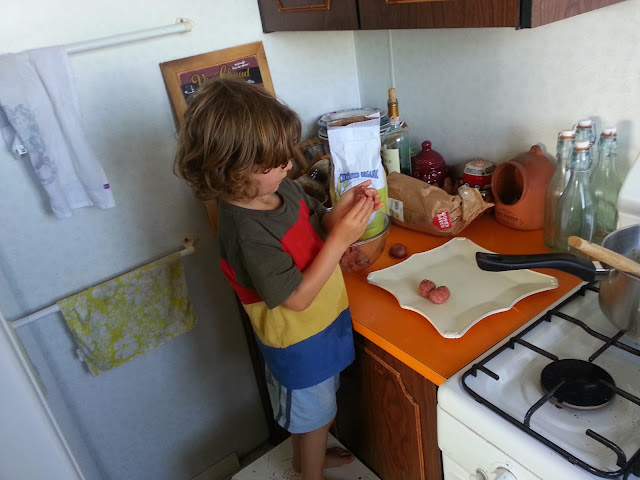 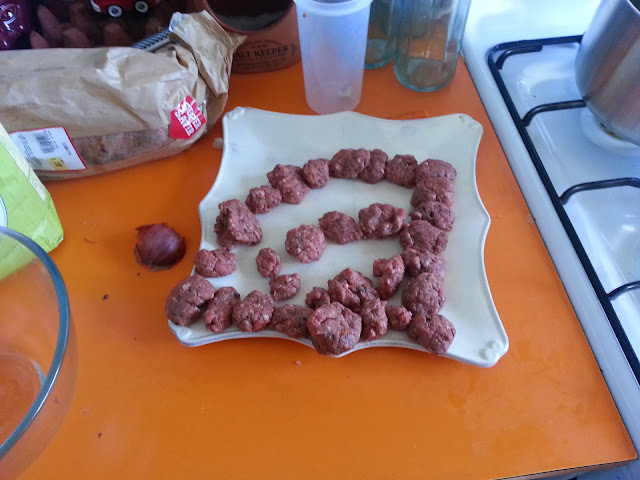